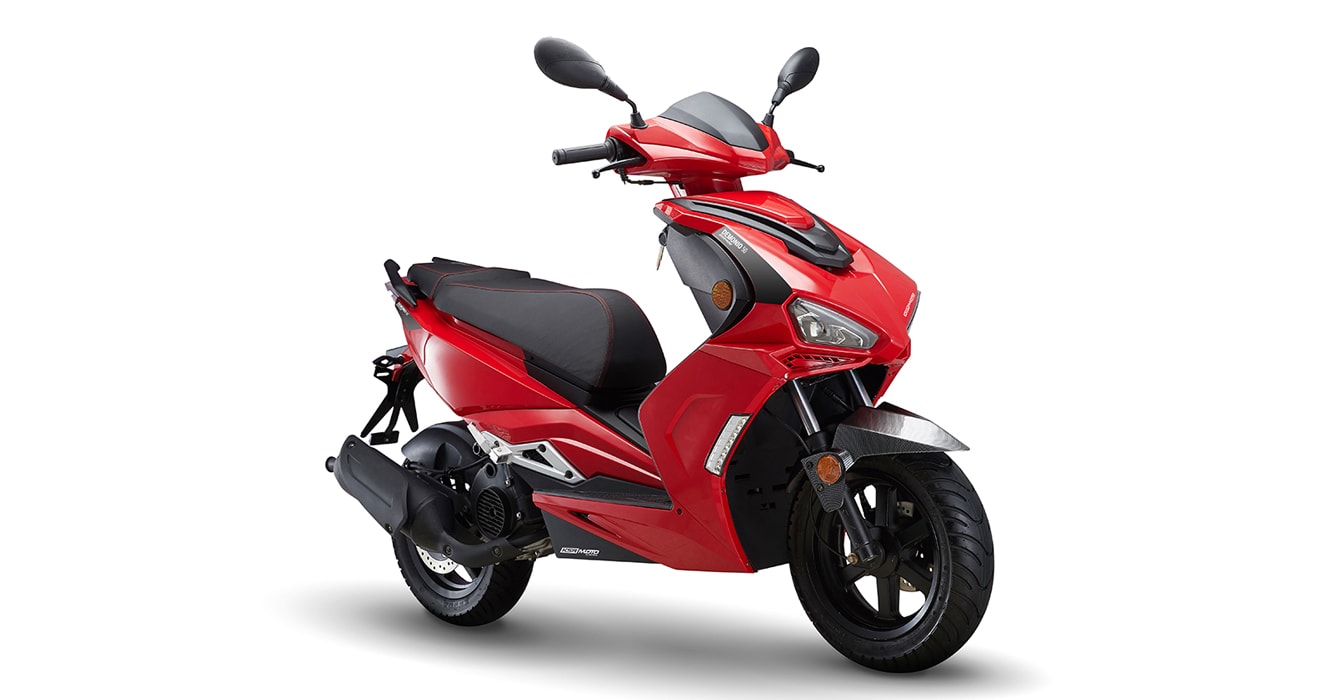 In recent years, it’s been a little quiet in the sports scooter scene, many classically styled novelties caused a stir while the young audience – regardless of whether male or female – returned their attention to switchgear motorcycles.

KSR MOTO wants to change that with the DEMONIO. Its design is more radically streamlined for sportiness than anything previously seen – every scooter looks “harmless” in comparison to the DEMONIO. Particularly striking: the two narrow, in the middle pointed converging headlight slots and the steeply rearward running rear, which finds its conclusion in LED taillights. KSR MOTO also uses LEDs on the front indicators, which are flush with the sharply defined front spoiler. Overall this creates a dynamic which was previously seen only in Superbikes, meaning the DEMONIO undoubtedly deserves the title “Super sports scooter”.

The DEMONIO 125 will start in the spring of 2018, and in time for the end of the school the 50 cc version with Euro 4 compliant four-stroke engine will be released.

We use cookies on our website to give you the most relevant experience by remembering your preferences and repeat visits. By clicking “Accept”, you consent to the use of ALL the cookies.
Cookie settingsACCEPT
Manage consent

This website uses cookies to improve your experience while you navigate through the website. Out of these, the cookies that are categorized as necessary are stored on your browser as they are essential for the working of basic functionalities of the website. We also use third-party cookies that help us analyze and understand how you use this website. These cookies will be stored in your browser only with your consent. You also have the option to opt-out of these cookies. But opting out of some of these cookies may affect your browsing experience.
Necessary Always Enabled

Analytical cookies are used to understand how visitors interact with the website. These cookies help provide information on metrics the number of visitors, bounce rate, traffic source, etc.

Advertisement cookies are used to provide visitors with relevant ads and marketing campaigns. These cookies track visitors across websites and collect information to provide customized ads.